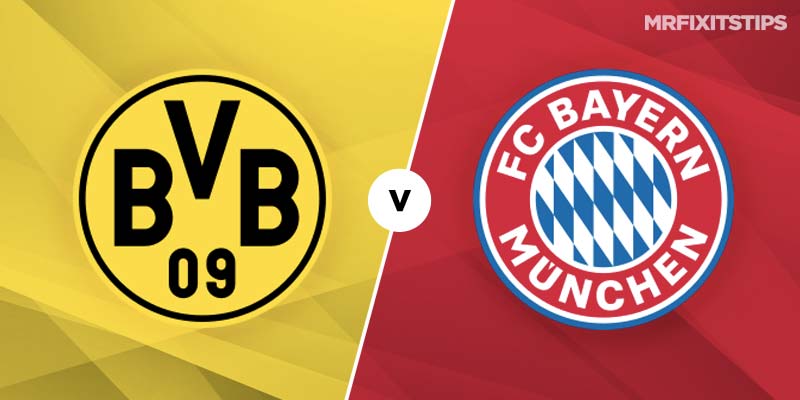 Unusual Situation in the Classification Table

It is November and the Bundesliga already had 10 matches played, however, neither FC Bayern nor Borussia Dortmund are the leaders of the national season.

We will have a match between the 4th and the 2nd, which is very unusual for these teams especially in the current decade.

The Germans teams have played against each other in the 2013 UCL Final, which happened relatively recently to consider that none of these teams are at the top of the Bundesliga table as of early November.

Hard Times Kovac left the club after the ridiculous loss against Eintracht Frankfurt, it was simply the worst defeat for the club in the Bundesliga in the last 10 years.

The former manager has reportedly been tough when talking to the players in the dressing room in Frankfurt, and quotes like “Boateng should have been smarter to avoid the red card”, and “Gnabry loses the ball because he lacks focus” or even “we talked about many things but you simply don’t put in practice in the pitch” surely weren’t helpful and could be linked to the departure of the Croatian manager.

Kovac: Was he ready for Bayern?

The question is interesting right now because the manager seems to have failed to motivate and organize a dressing room full of big names, and the kind of things he reportedly said to Thiago for instance (“don’t try to use magic in the pitch”) really seems like he isn’t ready for such a big club.

A Key Derby to the Title Fight

It is still early in the season to consider this match vital but the direct match between these days will surely be important: not only the teams are close to the leaders Borussia Mönchengladbach but the match is also relevant in terms of rivalry.

FC Bayern will be tested in a bad moment and although firing a coach close to a derby is usually a bad idea, this time the managers of Bayern probably did the right thing because a coach simply can’t say the kind of things he allegedly said, the dressing room is probably a bit more peaceful after Kovac left.

The match should be very levelled, and we will probably see the key men of both teams in the pitch as no serious injuries have been reported.

Who Will Win the Bundesliga?

The fact that Borussia Mönchengladbach are the leaders is a bit surprising, however, the definition of the next manager of FC Bayern will be key to understanding their potential to the 2nd half of the competition.

The winter break may allow the new manager to organize the team – in fact the break couldn’t come in a better time to Bayern, the fact that they have a good number of points in the UCL group stage should allow them to reach the winter break but the derby is a key factor to understand their moods as of the break.

Regardless how FC Bayern does in the coming weeks, history suggests the title fight should be a dispute between them and Dortumund, Mönchengladbach will have to show real consistency to have chances of winning the title in the upcoming year.