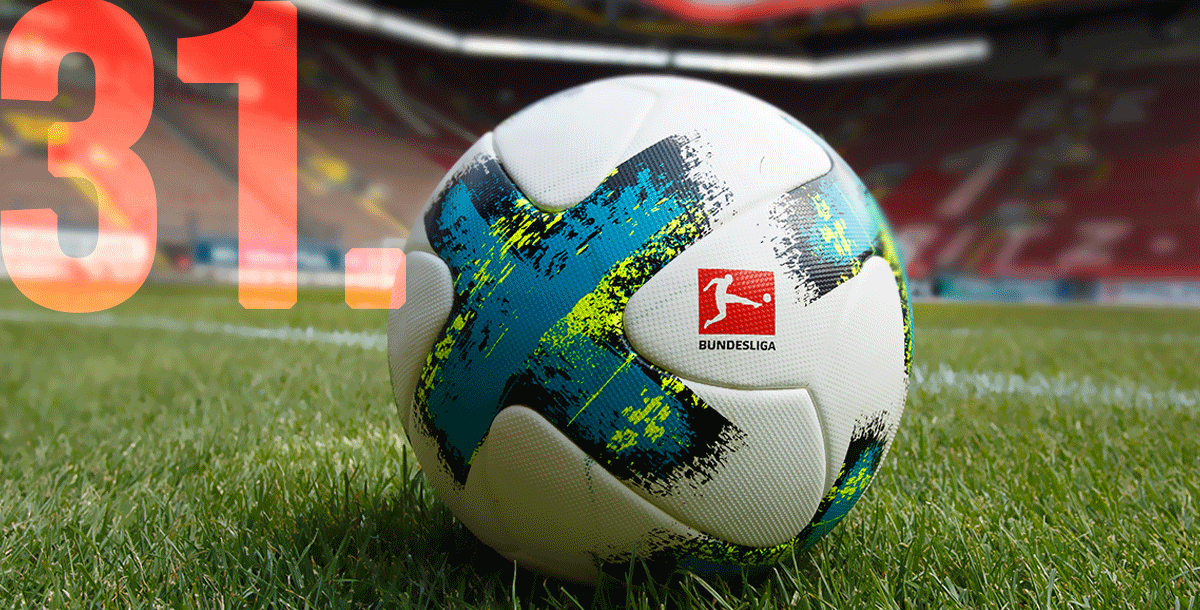 The weekend is upon us and with it great football once again. We present you our Bundesliga betting tips for the 31st matchday. Get everything you need for your Bundesliga football betting.

WettenTips has compiled the most important predictions and betting tips for you so that you don’t lose track of the upcoming football matches.

Football Matches Of The 1. Bundesliga On Matchday 31

On Bundesliga matchday 31 there are 8 matches scheduled, Schalke 04 and Hertha BSC will not play their duel until 12 May 2021, as Hertha, the football team from Germany’s capital, is currently still in quarantine.

This could be a historic matchday in the Bundesliga, as a victory for FC Bayern would make the German record champions Germany’s football champions once again.

Here are the fixtures for the 31st matchday of the Bundesliga, scheduled for Friday, Saturday and Sunday:

In the top match of Bundesliga matchday 31, VfL Wolfsburg and Borussia Dortmund meet two football teams that are both fighting for a ticket to the UEFA Champions League 2021/22.

Wolfsburg’s record against Dortmund in the Bundesliga is rather poor, winning only 9 of 47 matches. Nevertheless, our betting tips suggest that Wolfsburg could beat Dortmund and distance themselves from an important rival in the Bundesliga.

Another top-class football match on Bundesliga Matchday 31 is the duel between the two football clubs Bayer 04 Leverkusen and Eintracht Frankfurt. Again, it is about the qualification for European Cup football, while Frankfurt still has hopes for the Champions League, Leverkusen wants to secure a place in the Europa League.

Leverkusen need to score to keep Borussia Mönchengladbach and 1. FC Union off their backs and our football betting tips say Bayer 04 will get the win against Eintracht Frankfurt.

In our football betting tips for the Bundesliga matchday 31, we would of course like to offer you the best predictions.

Here are our betting tips for the 31st matchday of the Bundesliga 20/21:

FC Bayern can already become German football champions again on Bundesliga matchday 31 and FC Schalke 04 have already been relegated, but there are still many decisions to be made in this 20/21 Bundesliga season.

Besides FC Bayern, RB Leipzig will also qualify for the Champions League, behind them there is a tight race between 3 football teams, Wolfsburg, Frankfurt and Dortmund.

Leverkusen, Borussia Mönchengladbach and 1. FC Union are the 3 football clubs fighting for a place in the Europa League or the UEFA Conference League. Freiburg and Stuttgart can also join the fight, should the 7th place in the Bundesliga be enough for qualification.

In the relegation battle, all football teams from 11th to 17th place are still in danger, with TSG Hoffenheim having the best prospects. Hertha BSC, on the other hand, had to go into quarantine and will have to play their remaining matches in close succession, which could prove disadvantageous, especially as they still have to play against direct rivals.

Our prediction from our football betting tips experts of the final table of the 1. Bundesliga 2020/21: