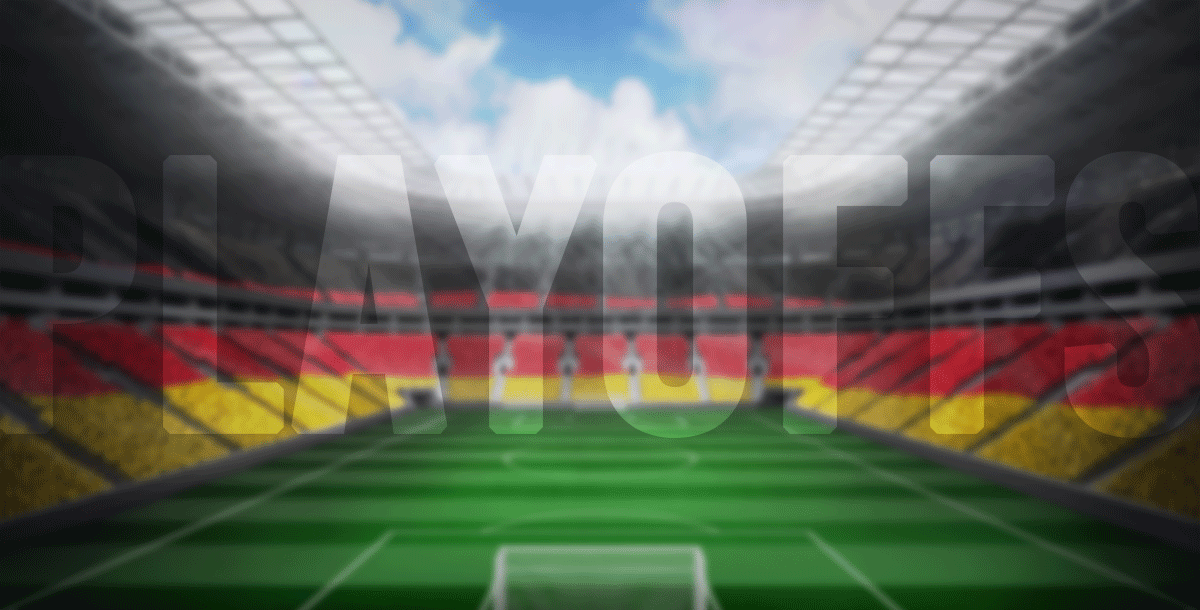 Werder Bremen are likely to join FC Schalke 04 in being relegated from the German Football Bundesliga this season, but Arminia Bielefeld and 1.FC Koln are far from safe. Check out our article for the best betting tips and predictions possible for the 1. Bundesliga relegation playoffs!

With the final matchweek in the German Football Bundesliga set to take place on Saturday afternoon, there are still a number of teams that will need to ensure they show up and perform on the pitch to secure their place in the competition next season.

Whilst everyone will already know that FC Schalke 04 are down after a disastrous 20/21 campaign, three other teams can still join them. 1. FC Koln currently occupy the final relegation spot, whereas Werder Bremen sit in the 1.Bundesliga relegation playoff spot with Arminia Bielefeld sitting just above them.

Each of the Bundesliga matches to be played on Saturday will be played at the same time, with kickoffs at 14:30 GMT, therefore each team involved in this relegation battle to avoid dropping out of the German Football Bundesliga will need to ensure they do everything they can to be in a position to enjoy themselves at the final whistle.

Each game will feature some tough opposition, although each of the three opponents do not have anything to really play for, which could make it a little easier for the sides competing to save their Bundesliga statuses.

The team at WettenTips have some extensive experience in providing great German Football Bundesliga betting tips and predictions and with the final game of the season set to take place, we have taken it upon ourselves to provide some more, especially with the Bundesliga relegation playoffs coming up.

Of course, the relegation battle at the bottom of the 1.Bundesliga provides the most interesting scenarios this weekend, which is why our relegation playoffs predictions have been focused here.

1. FC Koln Could Save Themselves From 1.Bundesliga Relegation

Whilst it would appear unlikely looking at the German Football Bundesliga table, 1. FC Koln arguably have the best chance of surviving.

The team have been in good form recently with players such as Jonas Hector, Ondrej Duda and Florian Kainz having scored crucial goals in recent fixtures which can save them during the Bundesliga relegation playoffs this season.

Indeed, they come up against already relegated FC Schalke 04 – who won their last game – and will feel confident that they can get a result. As our top Bundesliga relegation play-offs predictions we might be sticking out our neck but we feel 1. FC Koln could save themselves from relegation this season.

Our Top 1.Bundesliga Relegation 20/21 Predictions Is For Werder Bremen To Be Relegated

Werder Bremen host Borussia Monchengladbach and with the team’s inability to obtain a win, it seems unlikely that will change in the final matchday. They will require 1. FC Koln to draw or lose, but can not rely on that happening.

For the relegation playoffs 20/21 our team predicts the poor fortune that Werder Bremen have had will continue, with a 2-0 score prediction likely. One betting tip might be to have a punt on a red card, as Werder have had two in their last two Bundesliga matches.

Arminia Bielefeld To Get Dragged Into Bundesliga Relegation Playoffs 20/21

Arminia Bielefeld are best positioned to avoid relegation from the German Football Bundesliga currently, but their form and a match against VfB Stuttgart makes things tricky. Their opponents have had a respectable campaign, but Bielefeld have managed to draw their last two matches.

A draw could be enough if the other results go their way, but if 1. FC Koln defeats Schalke 04 and a draw is obtained by Bielefeld, then they will go into the relegation playoff based on goal difference. Our WettenTips betting tips and prediction team expect this to happen, as they predict VfB Stuttgart will win 2-1.

Check out all of our other WettenTips Bundesliga betting tips and predictions!