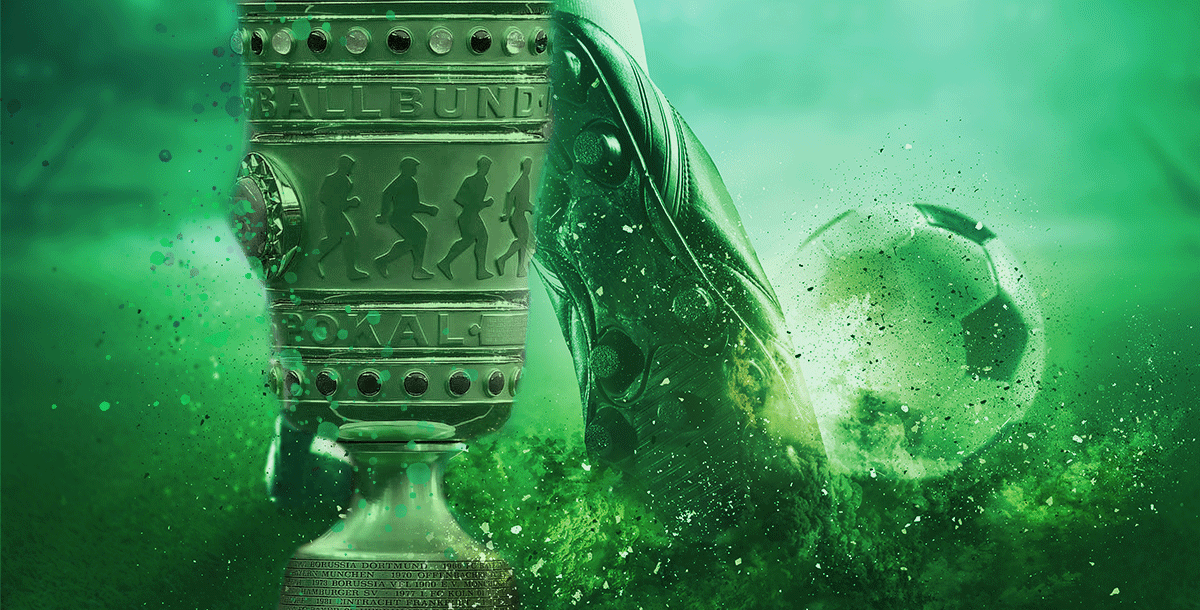 Jahn Regensburg, Holstein Kiel and Rot-Weiss Essen all remain in the German cup Quarter-final, with at least one making the last four. Check out this WettenTips guide for all your betting tips and predictions.

The DFB-Pokal has sprung a few surprises this season against all predictions, but the fairytale story in this year’s edition will continue for at least one of the three minnows still left in this german football competition.

With the way the draw has been formed, either Holstein Kiel – who knocked out FC Bayern Munich – or Rot-Weiss Essen – who defeated Bayer Leverkusen – are guaranteed a place in the DFB-Pokal semi-finals. Jahn Regensburg – who defeated 1. FC Köln – can also make the last four teams, but they will need to be at their best to get past Werder Bremen.

There is no doubt that the biggest ties of the 20/21 DFB Pokal Quarter-Finals are the two fixtures that contain four 1. Bundesliga football teams.

All four – Borussia Mönchengladbach, Borussia Dortmund, RB Leipzig and VfL Wolfsburg – will have liked their chances of obtaining silverware this season following FC Bayern Munich’s surprise exit in the earlier stages contradicting specialists predictions, but two of them now face the prospect of seeing their chances taken away from them.

The two Borussia football squads squaring off against each other is perhaps the biggest match of the 20/21 quarter-finals, as this one could really go down to the wire as both football teams are rather close to each other in the Germany 1. Bundesliga table.

Still remaining in the DFB-Pokal Quarter-finals, RB Leipzig’s Yusuf Poulsen is perhaps the player best positioned to finish as the top goalscorer of the 20/21 DFB-Pokal and we recommend betting on him in the outright markets, as he currently has 4 goals; level with SC Paderborn’s Dennis Srbeny.

However, Rot-Weiss Essen’s Simon Engelmann and M’gladbach Patrick Herrmann and Borussia Dortmund’s Jadon Sancho each have 3 at the moment and are within a chance of catching him.

Leverkusen’s Kerem Demirbay leads the assists charts with 4 but with Ludwig Augustinsson (Werder Bremen), Lars Stindl, Florian Neuhaus, Stefan Lainer (all Monchengladbach), Thomas Delaney (Dortmund) and Fabian Reese (Kiel) all involved and on 2 for the DFB-Pokal so far, they could top the leaderboard as well.

Our betting tips for the DFB-Pokal Quarter Finals can be tough to write, but WettenTips predictions provides all the best in german football betting and recommended bets possible.

Our predictions for the Quarter Finals stage of the DFB-Pokal 20/21 football tournament are:

However, as we have seen with many of the other German football cup matches to have already taken place in the DFB-Pokal this season, absolutely anything can happen and it wouldn’t be a big shock if a new surprise happened once the fixtures have been concluded, and naturally destroying our betting predictions.

At least one of the smallest sides of German football will be competing in the DFB-Pokal competition, although two spots will be taken by a top 1. Bundesliga side, as well.