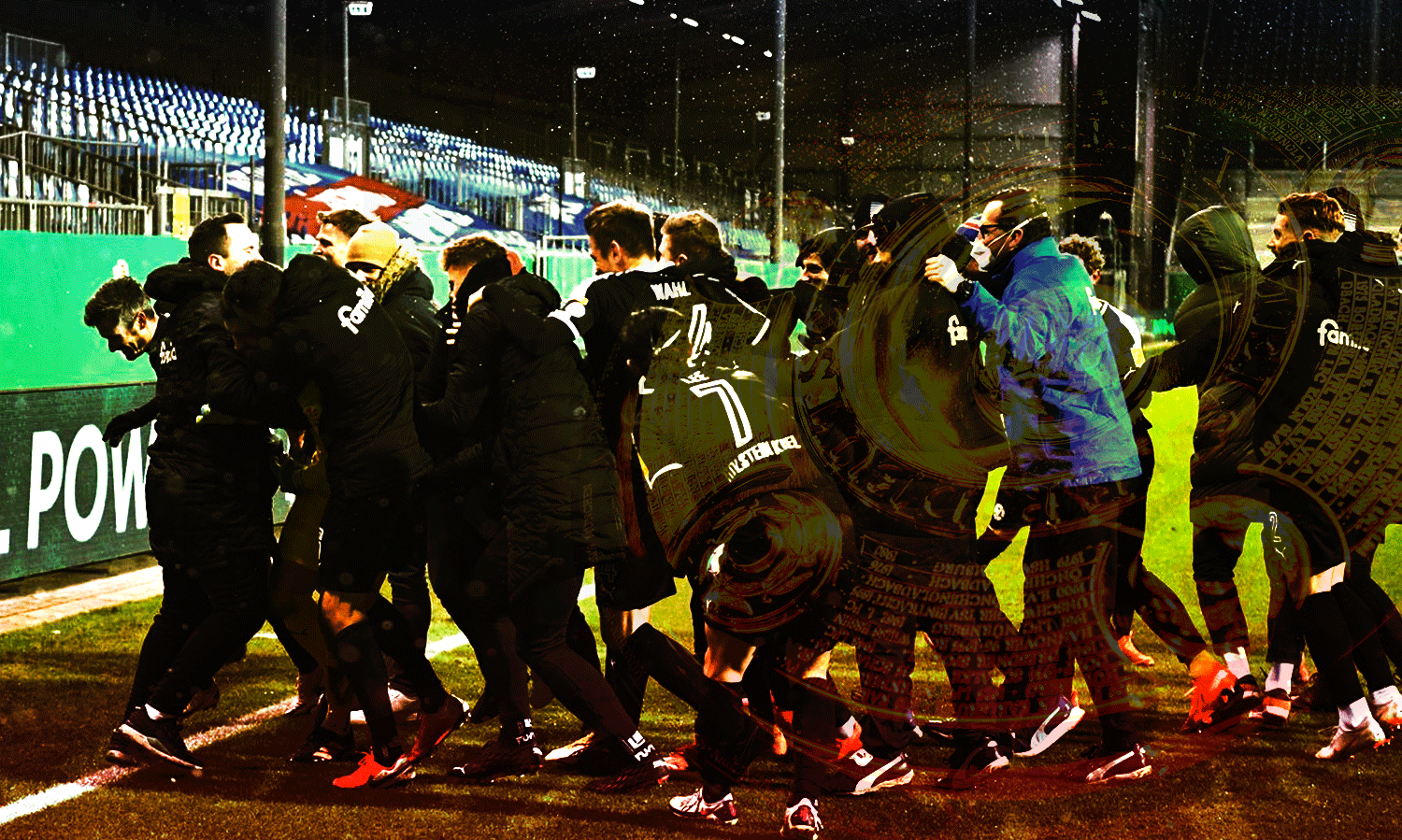 Following Bayern Munich’s shock elimination, Borussia Dortmund, RB Leipzig and others each have the chance to lift the DFB-Pokal in the 2021 edition. But, they will need to be wary of their own upsets in Round 3 of the German football cup. In this WettenTips article you’ll learn all you need to know about it.

Of course, Die Roten’s exit at the hands of Holstein Kiel was the biggest storyline of the previous football round in the DFB-Pokal, many still involved in the competition will be aware of what can happen when they take their foot off the ball and do not play at a 100% capacity.

There are still a number of interesting ties to be played in the German football cup this season, though, with some of the DFB-Pokal Round 3 matches set to see some big teams leave the tournament, whilst many of the smaller football sides will be able to book their place in the next round of the tournament.

This is the fixture for the 3rd set of matches of the German football cup to be played across the 2nd and 3rd February 2021:

Top Players Of The DFB-Pokal In 20/21 Edition

SC Paderborn’s Dennis Srbeny already has 4 goals to his name to lead the top goalscorer table for the DFB-Pokal and will be looking to find the net against Borussia Dortmund to help his football team winning in the Round 3 of the Cup. His team-mate, Sven Michel, will also want to carry on being in the goals as he has 3 already as well.

He is joined on three by a host of football players still involved in the DFB-Pokal competition, with men like Benito Raman (Schalke 04), Patrick Herrmann (Borussia Mönchengladbach), João Victor (VfL Wolfsburg) and Marco Meyerhofer (SpVgg Greuther Furth) all standing at the same position in the German Cup top goalscorer table.

Bayer Leverkusen’s Karem Demirbay has been the most creative, though, as he leads the DFB-Pokal tournament top assist table with 4, whilst a plethora of players sit back behind him on two apiece.

Biggest Shocks In The German Football Cup So Far

Of course, the fixture list for the DFB-Pokal 3rd Round 20/21 features a number of notable omissions, but that is because many of them suffered shock defeats in the previous rounds of the competition.

As mentioned, Bayern Munich would have been favoured to win the DFB Pokal competition once again, however against predictions, they were embarrassed by Holstein Kiel in the last round of the German football cup when they were beaten on penalties.

Others to have suffered an early exit include TSG Hoffenheim, as they were beaten by SpVgg Greuther Furth the same way in the previous round, whilst Arminia Bielefeld and Hertha BSC were both dumped out in the first round of the competition by lower-level football clubs.

Predictions For DFB-Pokal 3rd Round

Our specialists’ bettings tips for the next matches are:

Don’t forget to read our betting predictions for the DFB-Pokal 20/21 here at WettenTips.