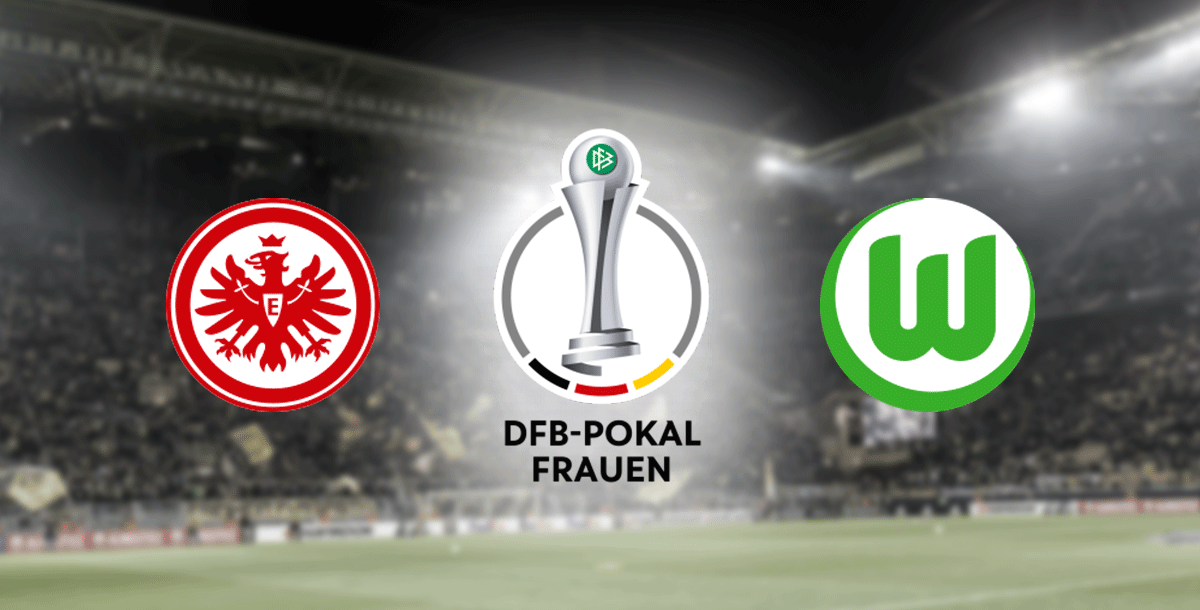 Eintracht Frankfurt and VfL Wolfsburg will go head to head in the Women’s DFB-Pokal Final, with Wolfsburg clear favourites. Check out this WettenTips article for all the best betting tips and predictions!

With both Eintracht Frankfurt and VfL Wolfsburg competing in the 20/21 final of the Women’s German football cup, the DFB-Pokal could be one truly fascinating final and one that sports betting fans could potentially turn a profit on.

Indeed, both football sides have been amongst the most successful in the competition so far to date, with Eintracht Frankfurt having won the most DFB-Pokals so far. The club have managed to win a record nine as they aim to make it 10 on Sunday 30th May, which could apparently make them the favourites for any Women’s German football cup final predictions.

However, VfL Wolfsburg know something about winning the 20/21 Women’s German football cup, as they have been able to win it on no fewer than seven occasions in their history, whilst they are also the current defending champions.

In fact, VfL Wolfsburg have been able to win seven of the last eight finals that have been held in the DFB-Pokal, which is just one of the many reasons as to why they have been predicted as strong favourites to retain their title.

With both teams having started their DFB-Pokal Women Final adventures in the Second Round of the tournament, each of them have been able to decimate some of their opponents that have stood in their way between the beginning of the competition and the 2021 DFB-Pokal Final.

Eintracht Frankfurt recorded an 0-8 win against Karlsruher SC in the Second Round, although VfL Wolfsburg showed no sympathy for their opponents, either, as they demolished VfL Bochum 0-11.

The Round of 16 saw results get a little closer, although both teams managed to continue their journeys to their 20/21 DFB Pokal Final as easily as possible. Frankfurt defeated RB Leipzig 0-4 whereas Wolfsburg recorded a 3-1 win against MSV Duisburg.

Frankfurt and Wolfsburg then both managed to put seven goals past their opponents in the 20/21 Quarter-finals of the Women’s German football cup edition of 20/21, with the former winning 1-7 against SG Andernach whereas the latter won 7-0 against Werder Bremen.

The semi-finals were a lot more conservative in regards to the number of goals scored, with both netting two to seal their place in the 20/21 DFB-Pokal Final. Frankfurt defeated SC Freiburg 2-1 whilst Wolfsburg managed to overcome Bayern Munich 2-0 in their fixture.

With the number of goals that both football teams managed to score in the Women’s German football cup this season, it should not come as a surprise that there will be certain players to look out for when thinking about potential betting tips and predicting what might happen.

Frankfurt’s Austrian midfielder, Barbara Dunst is one such individual to keep an eye on, as she has been able to score four times this season and help take her team to the 2021 final. Furthermore, Laura Freigang and Geraldine Reuteler have also been in prolific form as they have also managed to score four goals each in their DFB-Pokal appearances.

However, Wolfsburg have also been extremely potent in front of goal during this edition of the Women German football cup, with two of their players having managed to score four goals each, as well. Both Zsanett Jakabfi and Lena Oberdorf have been crucial in giving the club the opportunity to win their eighth title in nine years.

As mentioned, one betting tip would be to keep an eye on the aforementioned players, as these women have been at the top of their game in this women’s German football cup competition and will likely play a role in the final.

One prediction is that the game will likely finish a little tighter than the other games have proven to be so far, with a 2-1 scoreline being predicted by our betting tips and predictions writing team, with our major betting tip to pick VfL Wolfsburg as the winner of DFB-Pokal Final Frauen 2021.